Caroluna has been performing in the USA and abroad for over fifteen years. Caroluna's passion for both music and film led her to explore and create visual music.

Caroluna’s video and music works and performances have been featured at the The Palace of Fine Arts in San Francisco, The Fine Arts Cinema and the UC Pacific Film Archives Theater in Berkeley, Grace Cathedral, the Cinerama in Seattle, The Ritzy in London, The Museum of Contemporary Art in Chicago, The Directors Guild in Los Angeles, The Chelsea West Theater and The New School in New York, The Danforth Theater and the Artists Theater Workshop.

Her films have shown on television cable networks including Palo Alto and San Francisco cable TV, for VJTV, Electronica Optica, and Sacred Cinema. Caroluna's original music compositions have aired on French, German and Austrian radio and television. She has been written up in publications such as The Chronicle, the Herald, The Guardian, The San Jose Mercury, Remix Magazine, RESFEST Magazine, SF Station, SF Weekly, and 3D World Magazine for her video/music works and/or performances.

Caroluna sang at the 2006 Winter Olympics in Torino and was interviewed for NBC in Torino.

She was a featured visual music artist at LUX 2006, an international VJ and video artist festival in Seville, Spain. Caroluna recently composed and performed original music for two concerts at Grace Cathedral for UNION, produced by ArtSFest.

Caroluna is currently producing a CD and a DVD of her original music and video art. Details about the release of these products are available on her website, caroluna.com. 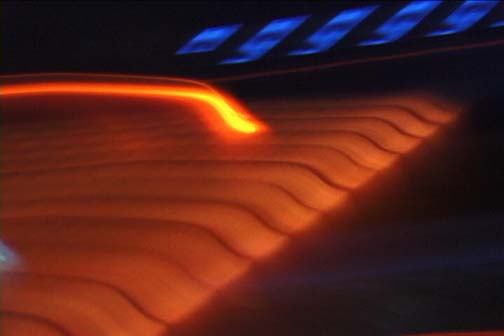